"Those of us in the 70s were coming out of the 60s, which was an entire decade of freedom of thought and experimentation on a lot of different levels. And I think that Olympia at that time was really an open book of possibilities. Boy, back then, it seemed like the ideas were so big there weren’t rooms big enough to hold them. They were just bursting everywhere." 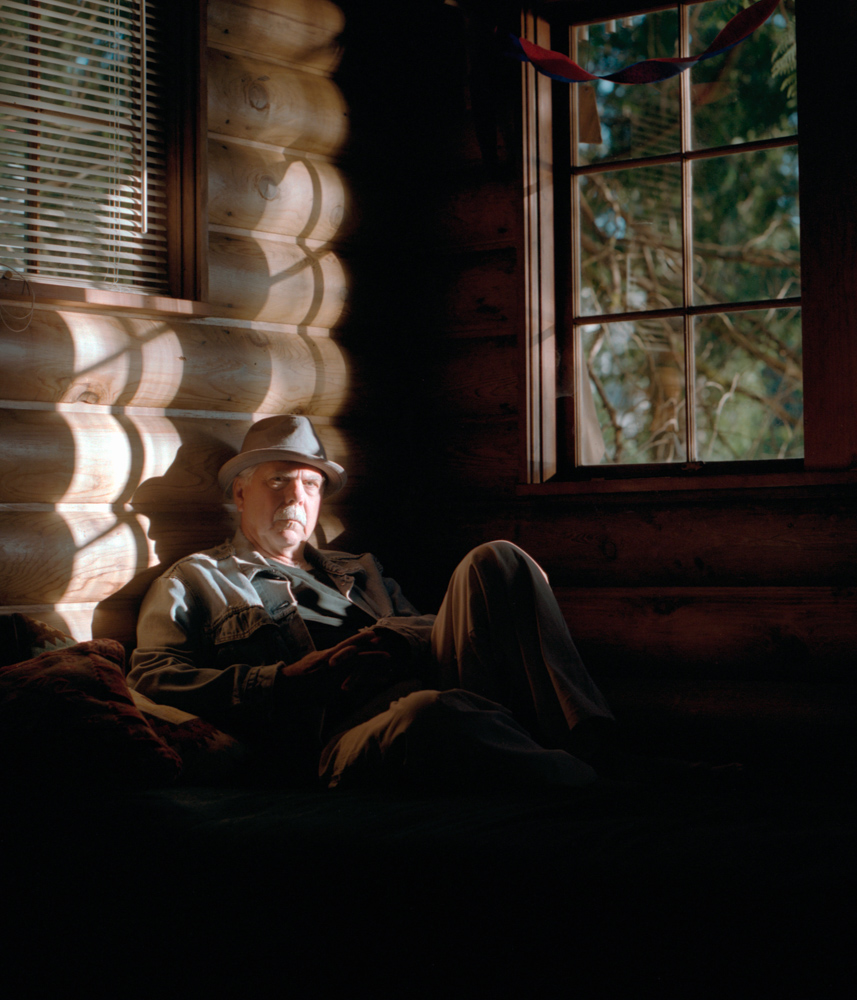 Tom Anderson: Those of us in the 70s were coming out of the 60s, which was an entire decade of freedom of thought and experimentation on a lot of different levels. And I think that Olympia at that time was really an open book of possibilities. Boy, back then, it seemed like the ideas were so big there weren’t rooms big enough to hold them. They were just bursting everywhere.

Elaine Vradenburgh: What ingredients are needed for creativity and collaboration to flourish - unencumbered - in ourselves and our communities? What is possible when we let go of control and let the process lead us forward? Today, we visit with Tom Anderson, a local artist and long-time resident of Summit Lake, just West of Olympia. Tom arrived in Olympia in 1971, when the Evergreen State College first opened its doors, and he’s been here ever since. He is an accomplished artist and had a hand in many community efforts during the 1970s and 80s. Tom describes his creative process as a “rehearsal in enduring uncertainty.” It was no surprise to learn that Tom is the son of a jazz musician. His total embrace of improvisation and the spirt of chaos reverberates through his story. Here’s Tom.

Tom Anderson: When I was 18, I left home to hitchhike through Europe for three months. And then, at the time I was gone, my draft number came up and it was very low. The only way that I could stay out of the draft when many of my friends were going and not coming back with very good consequences was just to get into school. A girlfriend had given me the catalog for the college, which was based upon a place that didn’t exist yet. So I applied, and got in, and came up in the fall of 1971.

When we first came out here, seems to me, there were only about four or five hundred of us at the college, and there were people living in buses in the parking lot. There wasn't any housing really finished yet. So people were distributed among the Westside, and even the first couple of months of school the seminars were held in different buildings off campus. It was all in the state of construction and mud. And so that even at the college, there was this relationship between hippies and veterans and construction workers. It had a chaotic beauty to it, when you felt that anything was possible because there really wasn't any template. There wasn't any history to follow. So we were making up our own history as we went along.

Elaine Vradenburgh: Of course, Olympia was not without the arts before Evergreen opened its doors. The historic Capitol Theater, for example, had already been around for over 40 years at the time. But the opening of this very unconventional college at a time when so many conventions were being called into question brought a value for experimentation to the community that was really new.

Tom Anderson: We did this thing called Rite of Spring. And we created this event inside the library. We completely covered the floors in aluminum foil, and we put up parachutes. And we created a mock spaceship ride, and invited the community to come out. And I can't imagine what people must have thought when they walked in and saw this flight show going on. And there's music and people dancing and these tie dyed things that we had done. It was really bizarre. but that became the festival in the Spring – Super Saturday.

All the years we were here it was easier to create the world we wanted with friends rather than looking for it somewhere else. I was involved in helping to co-found the Olympia Film Society because we wanted a place where we could show films. I was involved in the group that started the Olympia Food Coop. And that started out as just a few of us that were buying food in bulk and distributing it to each other door to door. And then we got a little building, a little old house on Fourth Street, that we distributed out of. Across the street on Fourth Avenue above Childhood’s End that’s where Sub Pop records started, and then they became an international phenomenon, and it was just two guys in an apartment above Barnes Floral.

People banded together, to entertain themselves, and educate each other, and come up with new ideas. Really it was the sense of community was what made it work. People just opened up a storefront or open up a gallery just to have a pop-up gallery that would last maybe six months, with no intention of it ever being longer than that. Nobody felt like they had to have a board of directors or they had to have a salary. Things weren't organized. It was it was really more the spirit of chaos and putting things together that made it work, at least initially. And that's kind of what Evergreen was about back then. It didn't matter if you'd had experience, the education was in the passion to learn something new.

Elaine Vradenburgh: Tom has many, many stories of how the seeds of beloved institutions were planted in this sort of chaotic and way. Ideas were germinated around kitchen tables, at record stores, in restaurants. In 1973, a chance encounter led to the founding of Mansion Glass, the world renowned stained glass studio where Tom got his start as a working artist. Here’s Tom.

Tom Anderson: So I was hitchhiking one day, and this guy picks me up. He said he was thinking about starting a glass studio. And did I want to be a partner, just like just like that. I said, "Yeah, sure, why not?" So we started doing stained glass together in the basement of my house on East Bay. We must have had four or five trucks full of original watercolor drawings for stained glass projects. And we studied those. We just pored over them and that's how we learned how to design for stained glass.

Elaine Vradenburgh: Tom opened his own studio in downtown Olympia in 1990, and has continued to pursue painting, metal fabrication, mixed media construction and print-making. His work has continued to evolve over the years with strong imagery and recycled metals. His art is in more than 1600 public and private collections – both locally here in Olympia and throughout the Western United States.

Tom Anderson: I try not to second guess too much that there has to be a narrative specific to what I do, and I give myself a lot of leverage to be spontaneous. I just enjoyed working with whatever I had available. I didn't like to be kind of hamstrung by feeling that I couldn't be spontaneous because I needed a certain item or a certain paint or something. I started using a lot of just recycled house paints and pastels and just kind of made it up as I went along.

I guess I've been driven by a great deal of faith. There's an old Daoist quote, “When there is a lesson is to be learned the teacher will appear.” And so there's so many times in my life I can look back and go, this kind of accidental acquaintance ended up pushing me into a different path thatI would probably never selected on my own. So I’m really thankful for all those sometimes awkward events.

Elaine Vradenburgh: The Third Thirty was produced by Window Seat Media. It was a collaboration between Tom Anderson, Kris Tucker, who interviewed Tom and helped to edit this story, Marissa Bolaños, who photographed Tom for our website and exhibit, Nick Rawson, who composed music for this story, and me. Funding for this series was provided by The City of Olympia, the Freas Foundation, and the Thurston County Heritage Grant program. To learn more about Window Seat Media and hear more stories, visit www.windowseatmedia.org. To learn more about Mansion Glass, visit www.mansionglass.com.