"I can't imagine life without art, without music, without literature, without theater, without visual art, without dance. I cannot imagine a life like that. And the way in which it allows people to see other’s experiences and other’s way of seeing things, and the way it touches our hearts and our souls and our shared humanity."

Artistic & Managing Director of the Heartsparkle Players
Local resident since 1974 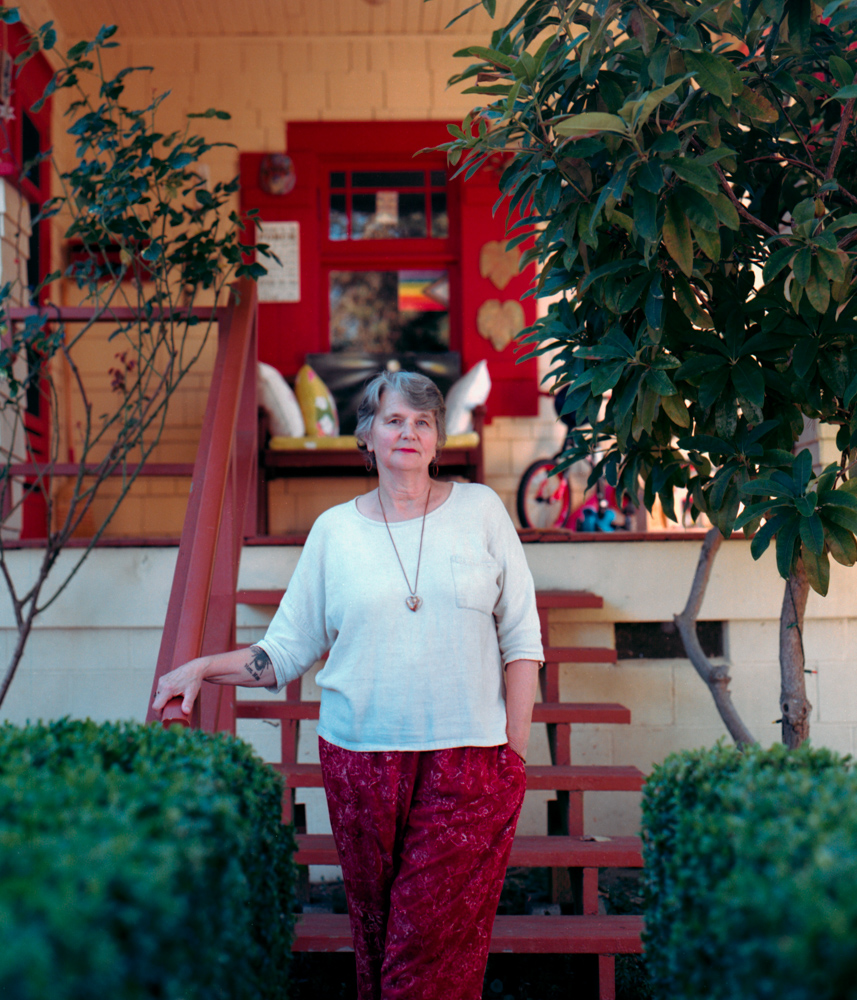 Debe Edden: I can't imagine life without art, without music, without literature, without dance. I cannot imagine a life like that, and just the way in which it allows people to see and experience others. They way it touches our hearts and our souls and our humanity. Our shared humanity.

Elaine Vradenburgh: Our story today is about collaboration and synergy and conversation through art. It's a small window into the life of Debe Edden, the artistic and managing director of Olympia’s playback theater ensemble, the Heartsparkle Players. Debe is a white woman in her mid 60s, who was part of the first migration of students who came to Olympia to attend the Evergreen State College in the early 1970s. We met Debe int he winter of 2020, at her home in West Olympia. Here's Debe.

Debe Edden: I lived the first five years of my life in Montana, and then we moved to Eastern Washington. My father was a truck driver there and my mother became a policewoman. The way my life was in Eastern Washington with my family was very small town and small. You know, it was your living room, your backyard, the river. When I was in high school, I watched people that I knew up on stage, and I thought, I wonder if I could ever do that. I always loved reading, I loved stories, and here they were. Here were stories that were embodied, so it wasn't just on a page. I could actually feel them and see them and feel them in my body.

My family was not a family where people went to college. It was, you get a job, you get a skill, you work. When I was a junior in high school I learned about Evergreen, because it was going to open up the next year. So this was 1971, and Evergreen was gonna open in 72. I think I just thought, wow, a new college, trying to do education a new way.

When I went to grade school girls wore dresses, and girls had really pretty strict rules. But now, in this time, I had a friend who said, I'm not going to shave my legs. That was a big deal. We don't think it's a big deal now. But that was a big deal. And I would have friends come up, boys come up to me and say, “why don't you tell Bennett -that's her name – why don’t you tell Bennett to shave her legs.” She had hairy legs. She did a racing stripe up the side and said, “How do y'all like that?” And she was a drummer, and she was interested in woodworking, and she was a woman that just blew their mind. And so that kind of stuff was happening. And it was happening in education too. And so I felt in my body. That's where that's happening. More of that's happening there, and I need to be there.

Elaine Vradenburgh: Evergreen was the first four year public college to open in Washington State in the 20th century. Daniel J. Evans, who was governor at the time, described its founding as a way to “unshackle our educational thinking from traditional patterns” and to break free from the “vast in a mobile establishment.” Evergreen was part of a movement in higher education to rethink the ways of learning and doing and being, often with community-based learning and action at its core.

Debe Edden: I came here in 1974, and I lived in dorm D at Evergreen. And I remember my stepdad and my mom driving me up there and helping me move into the dorm. And I just remember going, wow, here I am. And I was excited and also overwhelmed at the same time, too.

I ended up going to a counselor at Evergreen and it actually wasn't helpful. The person wasn't helpful because they didn't really get where I was coming from. It wasn't until later that Evergreen really understood that students who come from a non-college background family needs support in a different way, or can need support in a different way. Who I was and what I was going through didn't make sense to this counselor. So I was just like, okay. Okay, I gotta figure this out. I gotta do it.

I got involved in political work right away, and we started a theater group called the Theater of the Unemployed. And we did a lot of original works about capitalism and corporations and prisons and feminism and women's stories. It was a community of people who wanted to, well, some people wanted to change the world.

I think when I came to Evergreen is when I really realized, oh, I want to use theatre as a tool for change, and as a way in which to educate.

Elaine Vradenburgh: For Debe and her peers, Olympia became a site for creative problem-solving, collaboration and social action. Many of the city's beloved institutions - the Olympia FoodCoop, the Olympian Film Society, Safeplace - came to life in the early 1980s.They were started by groups of people who wanted to reimagine our food systems, create space for independent and experimental art, and address urgent social needs. Safeplace, Olympia’s sexual and domestic violence prevention program, was founded in 1981. That same year, the Heartsparkle Players formed as a way to open conversation with children about sexual abuse.

Debe Edden: There wasn't a domestic violence and sexual assault program. No, it didn't exist. There wasn't a crisis line. No, it they didn't exist. No one had gone into schools to talk to children about sexual abuse prevention. That wasn't happening, here. You know, yes, it happened and yes, people talked about it, but it wasn't like looked at as, hey, this is something we could prevent and this is something that people need help with. That's when we got together and said, let's use theater. Let's do these skits.

We do the song Head, Shoulders, Knees and Toes about how those are public parts and you don't mind showing those to people, but you also have private parts which are covered by your swimming pool. With older kids we would actually use the word penis. We would actually use anatomically correct words, which was very controversial. And we did it in schools all over. We were a part of Safeplace. I was actually a staff person who worked prevention work and directed these plays, and we traveled around and did them. And it was at a time when there was controversy about it, but also people want to talk about it.

Elaine Vradenburgh: Debe in the Heartsparkle Players have continued to use this tradition of using theatre, and playback in particular, as a way to share stories. Playback is a form of improvisational theater, where audience members share real moments from their life and actors play them back on stage. Debe often serves as the group's conductor, which means she's the person who invites audience members to share and helps draw out their stories for the actors. She's a gifted facilitator, skillfully holding space for people to share parts of themselves in real time in front of a room full of strangers.

Debe travels regularly to learn and share skills with her international playback theater community and brings those learnings back to Olympia.

Debe Edden: I am blown away by the playback work that people are doing around the world in very hard situations, like in Hong Kong and in South America and in Eastern Europe where it's not easy to talk about things in some countries. It's not about high and mighty theater and making a shitload of money and going to Broadway. Not that, people can do that. That doesn't light my fire, though, doesn't interest me at all. I mean, it's not that I don't ever want to see a Broadway show. I'm not saying that. But I'm saying to me, that is not the epitome.

Olympia is my home. It's where I love to be. And so the things that people are trying to do take care of all the Olympians and to try to deal with the things that are big issues that are not just our issues. But that are huge and global, actually. There are many things that happen all over in communities that I think are wonderful and beautiful and humble. And I guess I think of myself as a humble artist more than a particularly skilled, that does the best she can and believes in what she does and at 65 years old feels pretty blessed.

(credits) Elaine Vradenburgh: The Third Thirty was produced by Window Seat Media in partnership with Senior Services for South Sound. It was a collaboration between Debe Edden, Marissa Bolaños, who photographed Debe for the website, Z Santos, who produced music for this series, and me. Funding for this series was provided by the City of Olympia, the Freas Foundation and the Thurston County Heritage Grant Program. To learn more about Window Seat Media and to hear more stories, visit www.windowseatmedia.org. To learn more about the Heartsparkle Players, visit www.heartsparkle.org.