“You have to decide that, yes, I'm just an individual, but I'm a mighty individual. And if I don't speak up now, there's no one here that will. If I don't rattle some cages, the cage won't get rattled. If I don't call the elephant out of the room, that old elephant will sit right there and nobody notices it. So you have to decide, what role you're gonna play in life? Why did God give me this kind of knowledge and insight? I guess he intended me to put it to some use.” – Dr. Thelma Jackson 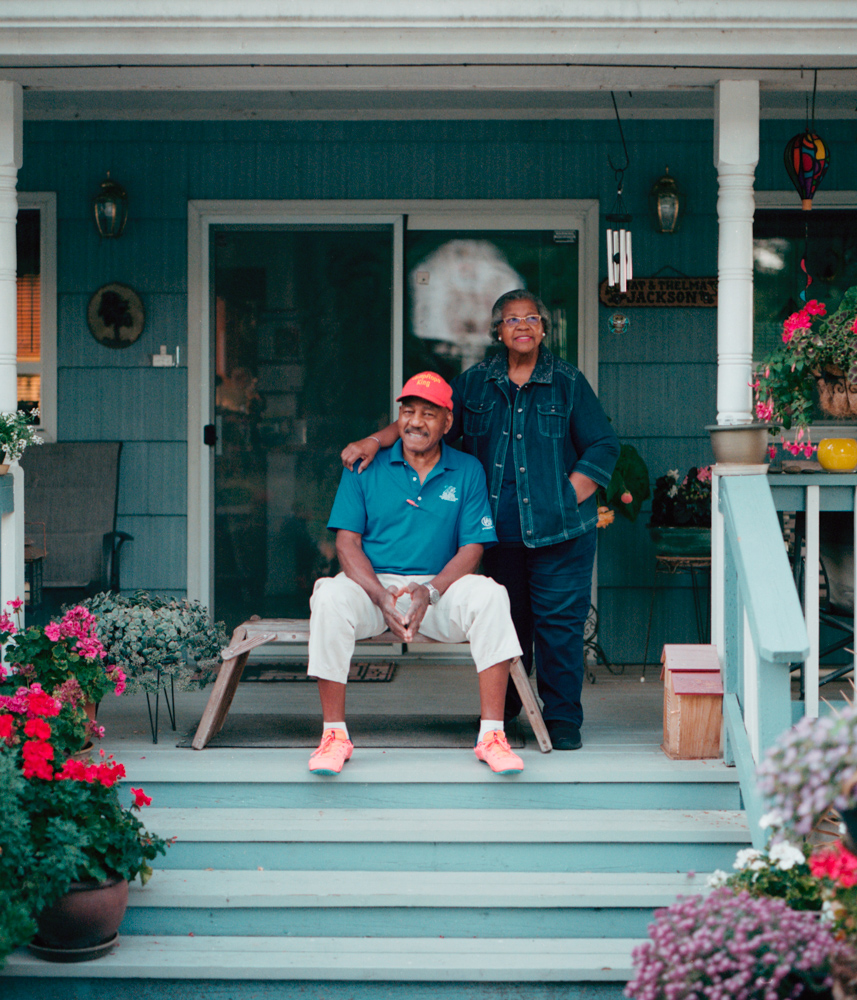 Thelma Jackson: So you have to decide what role you're gonna play in life. You know, why did God give me this kind of knowledge and insight? I guess he intended me to put it to some use.

Elaine Vradenburgh: Unstoppable is a good way to describe Nat and Thelma Jackson. As accomplished public figures they have been advocating for diversity, equity, and inclusion at both the local and state level for decades. The Jacksons are doers, and their contributions are abundant and run deep. We were curious where the seeds of their convictions were planted and how they’ve cultivated them over time. Here’sNat.

Nat Jackson: And my dad gave me his ultimate piece of advice, he says, “Wherever you live, have something green to put in your body in the wintertime.” And so he lived to 103. And for a kid that was suppressed the way he was in the South by brutal JimCrow white folks, and I mean brutal Jim Crow white folks. And then remembering how hard he worked, and how tenacious he was, and how he stood up for us. He was not silent when it came to his family. And of course our mother wasn’t silent, but they spoke through each other as a unit.

So I've tried to build a family with integrity and with business tenacity, because I believe you need to have the money to access the education. And you’ve got to have the perception that absolutely nothing will stop you.

Elaine Vradenburgh: Nat is the father of affirmative action in Washington State, and the principals of equity that underlie that legislation are at the center of what Nat has been cultivating all of these years.

NatJackson: Affirmative action at that time caught my attention because it was salient. It was a way to find a fair process for integrating so many thousands and thousands of people who missed billions and billions of dollars strictly because of racism and exclusion.

And what really hit me and floored me at that time, 73-74 and so forth, the state had been a state - a territory for 29 years - and it had been a state for 84 years in the time period that I was working on this. But this state had never done one single contract with anAfrican American company. And I thought that was sad. Because I looked at it from the perspective of, wow, how many young Black kids have lost food on the table, have been denied education, because of this kind of profound discrimination? And it wasn't anything that was on anybody's radar.

So, that caught my attention. So obviously, I had to do something about it.

ThelmaJackson: When Nat talks about affirmative action as the thing that has kind of spurred him on for what, four decades now? And education has kind of been the counterpart of that for me. Growing up in the Deep South, in an all Black educational setting, and in an environment where education was not intended for Black children. But deep down within my heart, I knew that none of those environmental circumstances decided one's intellectual capacity to learn. And that always spurred me on even as a girl, a young girl. Oh, I must have been 10, 11, 12 years old with my backyard classroom in the summertime with the neighborhood kids. Solving math problems on the bare dirt –the stick was the pencil. Teaching kids how to read and all that kind of thing.So I always knew that Black people have the intellectual capacity to learn. It was just a matter of our exclusion, and the lack of opportunity and access.

And so that was the foundation that just kind of spurred me on to be as loud a voice as I could, advocating for access and opportunity for Black kids. And I gravitated to the policymaking end of it as opposed to programs and just dealing with a handful of kids at a time. I wanted to impact the whole system.

Elaine Vradenburgh: Dr.Jackson is an accomplished educator and organizers. She headed the Commission of African American Affairs, served on the Board of Trustees at the EvergreenState College, was President of the State School Directors Association and theNorth Thurston School District. Those are just a few of the roles she’s played over the past 50 years. The Jackson’s moved to Washington in 1968, and immediately started planting the seeds of change here in their new home.

ThelmaJackson: I'm thinking, okay, I’m 3000 miles removed from the Deep South and Jim Crow and all of that, and I come all the way up here to the farthest north corner of the country, and this stuff is the same. Stuff is the same.

And Debrena, our oldest, was just starting kindergarten.So, you know, hardly no Black kids. So I'm the room mother. I'm gonna go see what's happening to my child.

And so the more I became familiar with the way the system worked, and for a couple of years was President of the PTA and then I started going to school board meetings. And feeling rather frustrated about the lack of competence that I observed in those five White folks sitting up there on the school board. And I thought, “Oh, I can do a much better job than that.” And when a vacancy became available, I applied for it and was appointed. But they didn't have much choice, because I had been to every school board meeting for two years prior. I had a reserved seat on the front row.

And I packed our kids around from babies because Nat was working. The two girls, they have sat through more meetings with me, you know. You’d think it was just some kids sitting over there on the quilt in the corner playing. And they said, “remember those meetings you took us to? We weren’t just sitting there playing, we were listening.” They were absorbing, and they saw nothing but, you know, Black female outspoken, so they said, “Well, I guess that’s what we supposed to be doing when we grow up.”

Elaine Vradenburgh: So, obviously, I had to do something about it seems to be the Jacksons mantra. And while they often have taken a leadership role, they also recognize the importance of cultivating community for change to take root. And they have grown that community around them for the past fifty years.

Thelma Jackson: When we came here there was such a handful of Black folk, that we all knew each other. And we could all fit in a back yard. One person’s backyard. And so when we were living down  there on Steilacoom, that’s when we first started having those community get togethers in the summertime- barbecues, cookouts. And the numbers grew and the numbers grew, and each one would bring somebody. And “Oh, so and so is new in town, we want them to come meet everybody.” And it grew. And it grew. And we did that for over 40 years and did the last one the year before last.

Who were the people that came herein the 50s and the 60s and the 70s, that laid down the work for those of us who came in the 70s? And those who's coming into 2020s, they don't have any idea what things have been like the last 50 years. Wasn’t always this way. And it's taken years to get people to the point where they recognize we can't just have this all white nothing anymore. We have got to reach out and try to diversify and be more reflective of this community. That didn’t just happen. That was years of work on the part of many people.

But you have to decide that, yes, I'm just an individual, but I'm a mighty individual. And I'm going to go for it. And if I don't speak up now, there's no one here that will. If I don't rattle some cages, the cage won't get rattled. And you feel a little success here and say, “Huh, I spoke up and made that happen, let me make sure I’m speaking up and making this happen.” Until that’s the only thing you know how to do.

Elaine Vradenburgh: Thank you Nat and Thelma for entrusting us with your words and allowing us to share a bit of your truth here.And thank you for all your years of doing. Your work benefits all of us and we’re grateful. The Third Thirty was produced by Window Seat Media. It was a collaboration between Ava McGee, who interviewed the Jacksons, MolleyGillipsie, who photographed them for our website and exhibit, Benji Santos, who composed music for this story, and me. Funding for this series was provided byThe City of Olympia, the Freas Foundation, and the Thurston County HeritageGrant program. To learn more about Window Seat Media and hear more stories, visit www.windowseatmedia.org.