"I would like to have my time of dying a happy time, and have people relieved of my care.  I think I’ve had a good life, and I won’t mind if it ended." 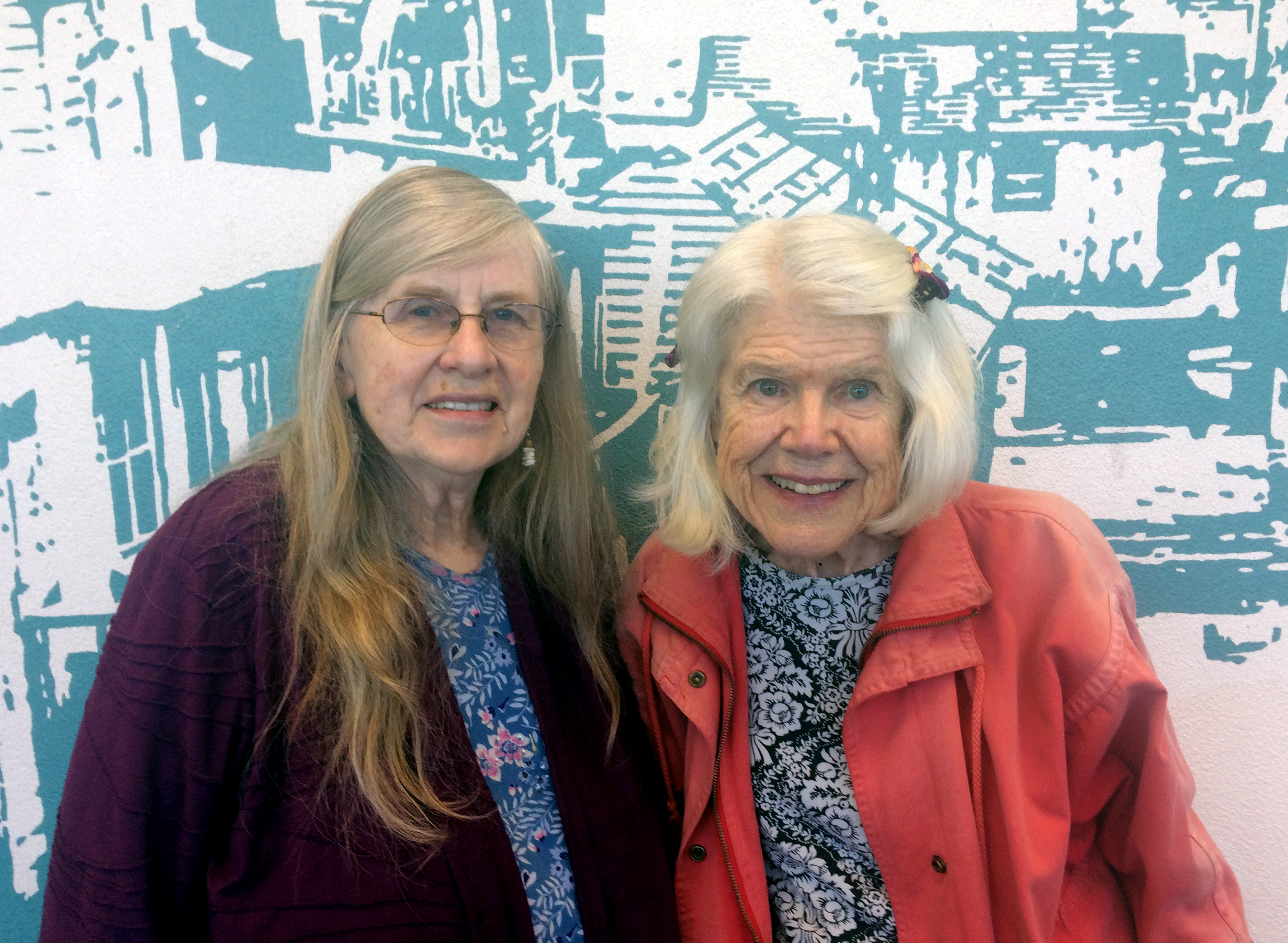 I met Rozanne through the Olympia Fellowship of Reconciliation several years ago.  She has lived in Olympia for about fifty years, and has been involved in a wide range of community activities here. Rozanne lives with Chuck, her partner of seventeen years. Her three children, Pat, Erin and Tim, and her grandchildren, live in the Puget Sound area.  She has been living with Parkinson’s for twelve years. - Jean Gant Delastrada

I was born at Grand Coulee Dam in Washington state, in 1939.  My parents had come out from Kansas and gotten married just a few years before that.  Then my dad got a job as a machinist at Grand Coulee.  I’ve always been sort of proud of that,  although now I question whether we should have a dam on the Columbia River, considering the trouble it makes for the fish.  But of course the farmers need the water, so there’s questions on both sides.

I divide my life into four sections.  One to twenty [growing up], the next twenty years being a wife and having my children.  I’d say looking back that having three children has been fulfilling and challenging.  When I got divorced, it was a hard time because they didn’t understand why I did that.  (Maybe I didn’t either.)  It took some of them a long time to come back.  My youngest son was 14 when I got divorced, and he didn’t understand.  He loved his father. I feel that he loves me too, now, so it worked out. But it was a hard time for a while, and I didn’t know if it would work out.

I think I’ve matured during the years, kind of gradually. When I was forty, just before I got a divorce, I went on a trip with a friend, a young woman from Evergreen I had met there.  We took a six-week trip to Europe, to England and Ireland, with our bicycles, and I think I sort of came into myself during that time. Then a year or so after I got divorced.

The next 20 years were working at several different jobs and going to school, because I didn’t get a chance to go to college [until then].  I went on and graduated from Evergreen and went to St. Martin’s for a master’s degree in social work.  I didn’t really have a career.  My work was always kind of peripheral, not real work but fun like teaching exercise classes and doing biofeedback.  I had various jobs, bumming around” is what I always call it.  I take the next thing that comes up if I think it’s worthwhile.

The third twenty years, from 40 to 60, I was single and not attached to anybody.  Then 60 to 80 I was attached to somebody.  Now I’m 80, and I didn’t think I’d live that long.  Things are changing so much with my health that I’m not crazy about staying alive longer.  Quality of life, and the burden on others.  Chuck has to do a lot for me.

I don’t have close touch with my grandchildren, even though they live close, Olympia. My older son tries to keep me involved, and my young son, and my daughter, all three of them.  Last Christmas I had this great idea to get them [her children and grandchildren] each a ticket to a theatre performance downtown, any one they wanted.  It didn’t work.  We ended up going to a movie – six of them, my daughter, my granddaughters, my grandson, all together.  We saw this fantastic show where devil are flying around…I don’t know what it was about. On the way out, somebody said, “Did you like it?” and I said, “No.” Everybody else said yes.  It was just so dark, but it had a good ending.  So that was the day of going someplace individually.  I paid for everybody, all seven of us.  But I didn’t get the individual time.

I did with my youngest grandchild, Trevor.  That was good.  We went to a jazz performance at the Black Box.

But I don’t have a tribe right now.  I read a book called The Tribe. I don’t belong to a book club, which I have almost all my life. And I’m not going to.  I’m going to two classes at the Senior Center, meditation and the Parkinson’s support group.  And those are both good.  So that’s a little bit of a tribe.  I’ve done a lot of things at the Senior Center. I actually worked there for salary for a couple of years, and then started volunteering as a fitness instructor.  I’ve done various things as a volunteer.  [This year] I gave up teaching the Parkinson’s group after four years. I just went to that meeting today and the woman who took it over who was in my class when I taught it is doing a wonderful job. Great!

I have become friends with one of the Parkinson’s patients that was in the group I was teaching and she still is, and I visit her once a week and we talk and play Scrabble. She’s pretty housebound; she has Parkinson’s pretty bad, for a good 12 years.  I really like her.  She’s become a good friend.  So this is part personal and part service.

What I miss terribly is time alone at home.  Chuck doesn’t like to go places, he likes to be at home.  He’s writing, and he spends a lot of his time writing the book, and he enjoys that.  So I don’t want to take that away from him.  But I’ve told him I need some time to myself.  We haven’t found the answer to that.

I would like to have my time of dying a happy time. Just yesterday my older son was here.  He’s my administrator for health and death care.  I’ve talked to him about not wanting to live in a nursing home, and he says he understands.  I’m interested in the death with dignity idea.  I haven’t talked to my daughter as much, but she understands, she’s pretty liberal.  My younger son wants me to go to a nursing home because there’s one in Olympia near where my mother was, his grandmother.

So yesterday I told my son that I have known this woman in Olympia who helps people die, or helps people get clear with the family members what they want or don’t want.  I’ve known her for probably 12 years, and we meet occasionally.  I’m not really considering killing myself, but I am considering not doing everything to keep me alive.  If someone finds me unconscious, just walk around the block a couple of times.

So Pat said, “Why don’t we meet with her?”  So I think when we get back from Boise I’ll call her and see if she can meet with Pat and Erin, my daughter, and Chuck and I.  Mainly an opportunity for us to talk to each other with somebody there to help us do that.  I have quite a bit of back pain and toe pain, these cramps, and I have a list that long of health issues.  I try not to dwell on them; I forget what they are.  Falling is a problem.  I got these special boots, and when I got them I stopped falling immediately and it lasted for some months, maybe three months.  Then all of a sudden I’ve started again, and it’s a big problem.

I would like to have my time of dying a happy time, and have people relieved of my care.  I think I’ve had a good life, and I won’t mind if it ended.