"I have an idea in my mind that this planet - for what we read in the Koran and the Bible and the Torah - there was nothing here and then Adam  and Eve came and they had children and everybody moved to different states. When people get older their kids go away. It doesn't mean that your son - even if he's living in Bellingham - it doesn't mean that he's not from Olympia. It doesn't mean that in Bellingham they tell him “You don't belong here.” It's his right as a human being.  As a human being everybody has the right to share the knowledge and the wealth of this planet because it was created by humans." 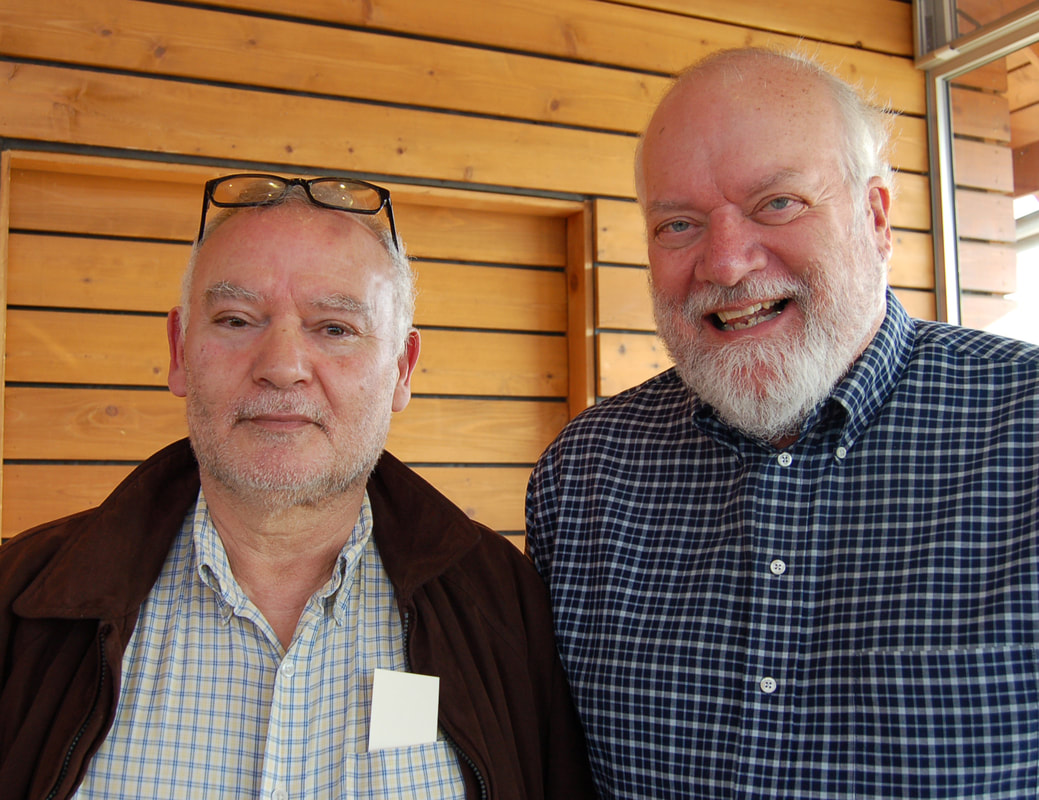 My Third Thirty interview was with Mohammed Bentlemsani on October 10, 2018. We were both relatively new to the Olympia community when we met in the early 1990’s. Our sons grew up together and they are still friends today. ​

I was born in 1950 in a town called Medea in Algeria - that’s in North Africa. In 1970 when I was twenty, the government did a celebration for the one thousandth year of that town. It has a lot of history. When I was there I didn’t pay attention. I know there is an Ottoman Empire wall that surrounds the city where I lived and in some places it is still intact. It’s a giant wall. As a child, it seemed to me like the Great Wall of China.

So you start to question - Algerians, ”Are they really Arabic?” but now with the Ancestry DNA test,  I got my results and it agrees with all that I learned in the books. We in Algeria, even though they speak Arabic, nobody is one hundred percent Arabic. They are like a maximum of 25%.

Algeria had all civilizations:  the Vikings, the Romans, the Carthaginians, the Vandals, the Huns. Everybody at one point wanted to colonize Algeria. So when I compared my DNA results with Sally, my wife. She's said,” Oh my god, mine is boring. You have all these different nations”  I'm Greek, I’m Spanish. I am Italian and I am Berber. I even have 2% Nigeria and 1% Mali.

I was raised  among older people. As a teenager, I hung out at the grocery store we owned. My father, my uncles and their friends sat in the back of the store where there was not much action and they would be talking about politics and the United Nations. So I was a little bit more aware of how old people think and how they talk - especially about food and politics. That’s probably why I am not going to be shocked when I get older because I already saw them when they are in their seventies and eighties.  And I saw my grandmother dying, too. It doesn’t really scare me. I feel confident that in my later years, I am not going to suffer because I know about it.

My mom had ten kids and she lost one. So my mom, she took care of us. I was in the middle. My father's mom lived with us but my mom was so dynamic she never asked my gramma to take care of us. If she did, I don't remember. I remember my mom was everything. My mom was the gardener. When people got married, they would ask her to sew the dresses. She is what you call a seamstress. She bought me my first dictionary because my father was not willing to buy the dictionary. That was my book.  When I went to bed, I always read that dictionary. So that's why I am a very good speller, even in english.

My parents had a one hundred and forty acre farm. When I went to college I wanted to become an agronomic engineer. It’s like agriculture, but scientific - not the guy who will plow. Because of the political problems, I was hoping to take care of our land and make it the best product in my hometown. But then I was watching TV one day and I saw somebody working in a computer center with all those devices and printers and screens.  I thought “ This is fiction! I want to be there.”

When I was telling my friend, he says  “ You know what, Mohammed? You're not smart enough to work there.”   I go ”I know but I'm willing to do it. I am going to do my best.” So how do you do that?  You go take some computer classes, and then you start at entry level. Well, I did that and I found myself spending thirty years in data centers.

I went to Paris to be a student in France.  They have amazing libraries and I started reading books about the history of Algeria.  I studied French literature. I studied Moliere, who is the Shakespeare of France. When you go to Paris, there is a free visit in the house of Honore Balzac, you go, “Oh my god!” You go there to their houses where it's like a museum and they still have a desk where they wrote books in the 17th century - then you touch the desk, the actual desk from that century! In Algeria, we read about theater, but it costs too much for a ticket. In Paris they have these theater places in the Latin Quarter. They are very cheap and  they play them over and over and over. You will actually go see the play that you studied about so it will change you a little bit.

Then I visited the U.S.  You land in New York at JFK and it's not Charles De Gaulle.  It's totally amazing! Then we lived in Kuwait because everybody was trying to go to the Middle East to make easy money. In Kuwait you learn that your Arabic is totally wrong because you speak with them in Kuwait in the Arabic that is tainted by the French language and the Spanish language.

I spent thirty plus years in data centers:  Sears Tower, Pierce County Medical, Pacific First Bank, Alaska Airlines, and the Public Authority for Civil Information, Kuwait. When I was in Kuwait I worked with Indians, Poles, Australians, British, Palestinians, Sudanese and Egyptians. Basically many, many different different religious and ethnic backgrounds.  It opens your mind and you have to share stuff that you know, That's my belief. If you know something that you think helps, you should share it.

I don’t live in Olympia only.  I am on Facebook with my family in Algeria. Every day I turn on Facebook and they put Facebook on and then I go “Oh, it's morning here.” I'm having coffee and they are having dinner because they are eight hours ahead.  My aunt just died the day before yesterday. She was 92. She had a good life. She lived in the mountains - meaning every year they had snow. It's 900 meters altitude. She had cherries, cows, fresh figs, you name it. When they have a snowstorm, they don’t go to town because they have the food there. They have everything. Everything is fresh.

I wish I could sell my house and buy a house with more land in Rochester.  I have a friend who is from Palestine. He's a young guy, he’s like, thirty.  We were invited to his house for a barbecue and I was like,” Oh, this looks like my grandparents’ house.”  When I was a kid, I used to go to the farm there in the summer and they teach us how to hold the plow or to use the blade to cut the wheat. I remember the thing that I liked the most is the outdoor oven. The outdoor oven is built next to the river. It is all brick.  It seemed giant to me - they can put inside the whole lamb. They bake the bread. They bake the chicken and other foods - and everything was fresh. They made their own buttermilk and their own yogurt.

I have an idea in my mind that this planet - for what we read in the Koran and the Bible and the Torah - there was nothing here and then Adam  and Eve came and they had children and everybody moved to different states. When people get older their kids go away. It doesn't mean that your son - even if he's living in Bellingham - it doesn't mean that he's not from Olympia. It doesn't mean that in Bellingham they tell him “You don't belong here.” It's his right as a human being.  As a human being everybody has the right to share the knowledge and the wealth of this planet because it was created by humans.