"I would hope people would respect different nationalities and ethnicities and recognize that we're all a human family. What happens to anyone happens to the family and we ought to take care of each other." 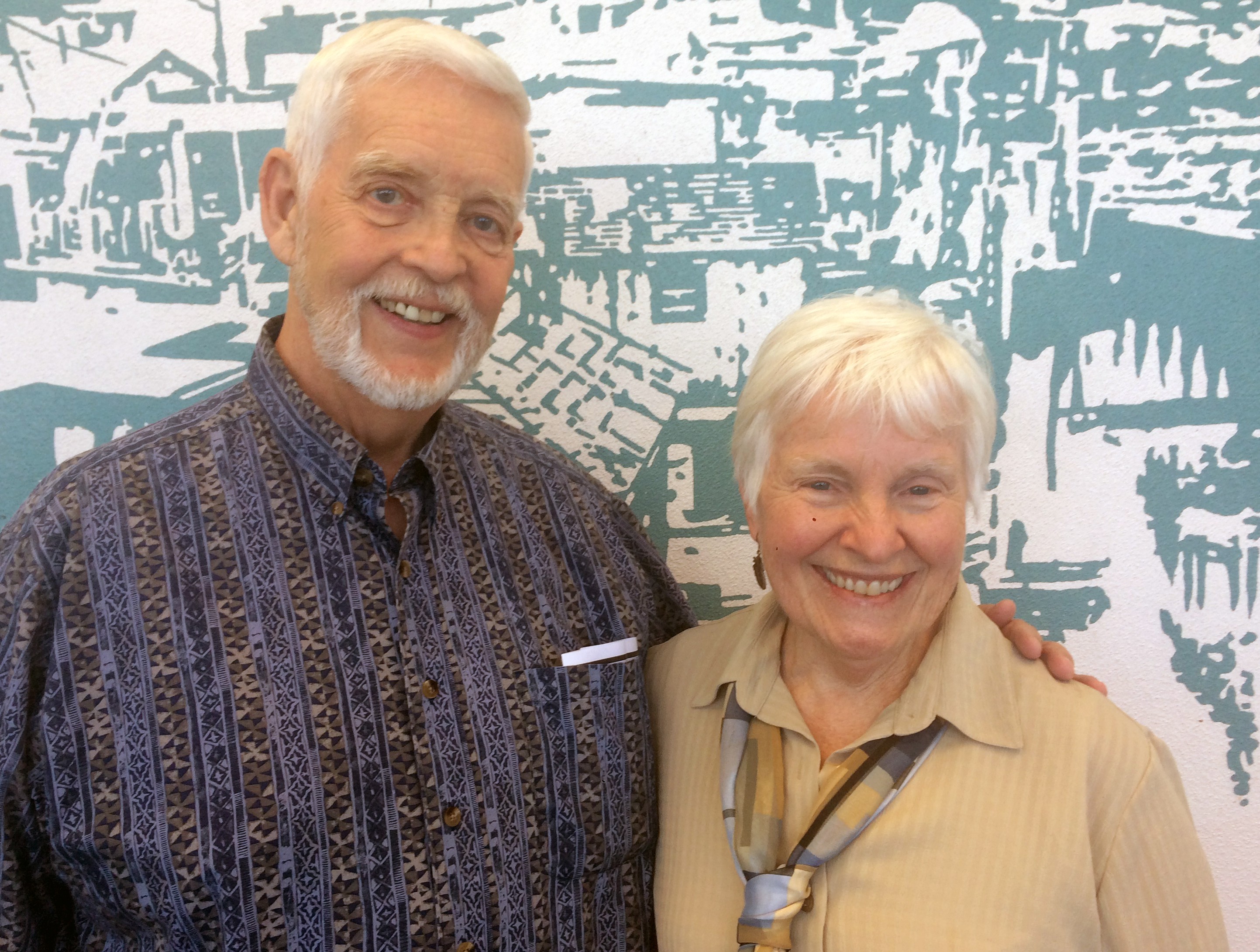 I enjoyed interviewing my husband of 56 years for this project. I loved the opportunity to really listen and then later think about what he said. It gave me a clearer understanding of how my husband views his life and what he now enjoys. The pieces of the interview I chose for this reading I titled. - Martha Worcester, Oral Historian

I would hope people would respect different nationalities and ethnicities and recognize that we're all a human family. What happens to anyone happens to the family and we ought to take care of each other.
‍

I was born in Butte, Montana in 1938. At that time Butte was a busy copper mining town. The mine was where my dad worked. Butte was a center of organized labor unions for miners and all forms of crafts - plumbers, carpenters, laborers, and teamsters. Strikes often lasted weeks and months when negotiating for pay, benefits and work safety. Even so, sometimes workers had to take a cut in pay. It taught me working people have the right to organize and I recognized the importance of just economic conditions.
‍

Because Butte brought together workers from many nationalities and ethnicities, we grew up respecting other people no matter where they came from. Workers came together to support one another in the community and political matters. Another part was that I learned teamwork was important. Playing basketball in grade school and a couple years in high school and my involvement in band solidified it. All of us had to contribute. It wasn't just a one person that made it work. All of these experiences influenced how I later worked in my profession to encourage people to join in and take part in common goals.
‍

In my family, I was the firstborn son with three younger sisters. My sense in growing up was that my dad and mom both knew how to take time for themselves and for the family. We had lots of cousins, aunts and uncles in in Butte area I was privileged to grow up with. We fished and had a lot of family picnics. My cousin Sam was like an older brother. He lived only four blocks away and we did everything together - hiked and played in a dance band together.  All my family and Sam were involved in the local church. I was particularly close to the pastor  I think it was his influence upon me that caused me to decide becoming a pastor would be a good use of my life.
‍

All through college and seminary, I had experiences relating to different kinds of people. Just before beginning school at a small church related college in North Dakota, I got a letter asking if I would have any opposition to rooming with an African American student. I replied that I would be happy to room with him. This was my first experience of having a close relationship with a black person. It opened my eyes to our common ways of thinking even though we came from wildly different backgrounds. He grew up in New York City, and had already spent a year at a large New York City college. It was a good experience. I think from that point on in my life I was able to relate to persons with different racial backgrounds.
‍

In seminary, in the bay area, I did field work with another student at a residential school for people with mental challenges. Part of that was my being student pastor to some of the more elderly men and women there. I found them to be warm and accepting and just loving people.  Also our seminary was involved in ministry with the gay community in San Francisco - people having difficulty with society because of their sexuality. We had opportunities to discuss how to be involved in caring ways.
‍

Probably the biggest experience was with civil rights work. In my final year of seminary, I went with a group of students to the march with Dr. King from Selma to Montgomery for voter rights. That made a lifelong change for me so that most of the rest of my 40 years as a pastor included finding ways to be involved in civil rights, economic justice and peacemaking work.
‍

More and more over the years, I came to believe that words didn’t fully communicate what I believed and only through actions would I be able to make the world a better place for future generations – so people would have their civil rights and not be discriminated against because of race. That's been a part of my living out my faith through the years.  Heaven has never been something I'm striving for. Heaven is what we make of life here on earth, for ourselves, our families and our friends.
‍

Now, at this time in my life, I'm looking forward to growing older . I still enjoy music, singing and playing the recorder.  I’m having fun seeing my children and grandchildren maturing and finding their wings and their relationships and seeing neighborhood kids and their parents enjoying life. I enjoy being with friends and being a part of the community to make it a better place for people.
‍

What do I want to be remembered for? I would be glad to be remembered as someone who worked for justice issues for people who have suffered because of their faith or their political viewpoint or their race or their economic level - for making a better world for coming generations rather than leaving it in worse shape. I would hope people would respect different nationalities and ethnicities and recognize that we're all one human family. What happens to anyone happens to the family and we ought to take care of each other.