"I think life is pretty much a crapshoot. I think that it takes some cunning and some intuition to do the best with the cards that you've been given. But I think that's the minority part of it. Mostly, it's the times that you were born into, your DNA and nervous system, and the culture you were brought up in. It’s so profound and all encompassing! We're pickled in all of that.  I’m so grateful for all the mercies that random fate has given me." 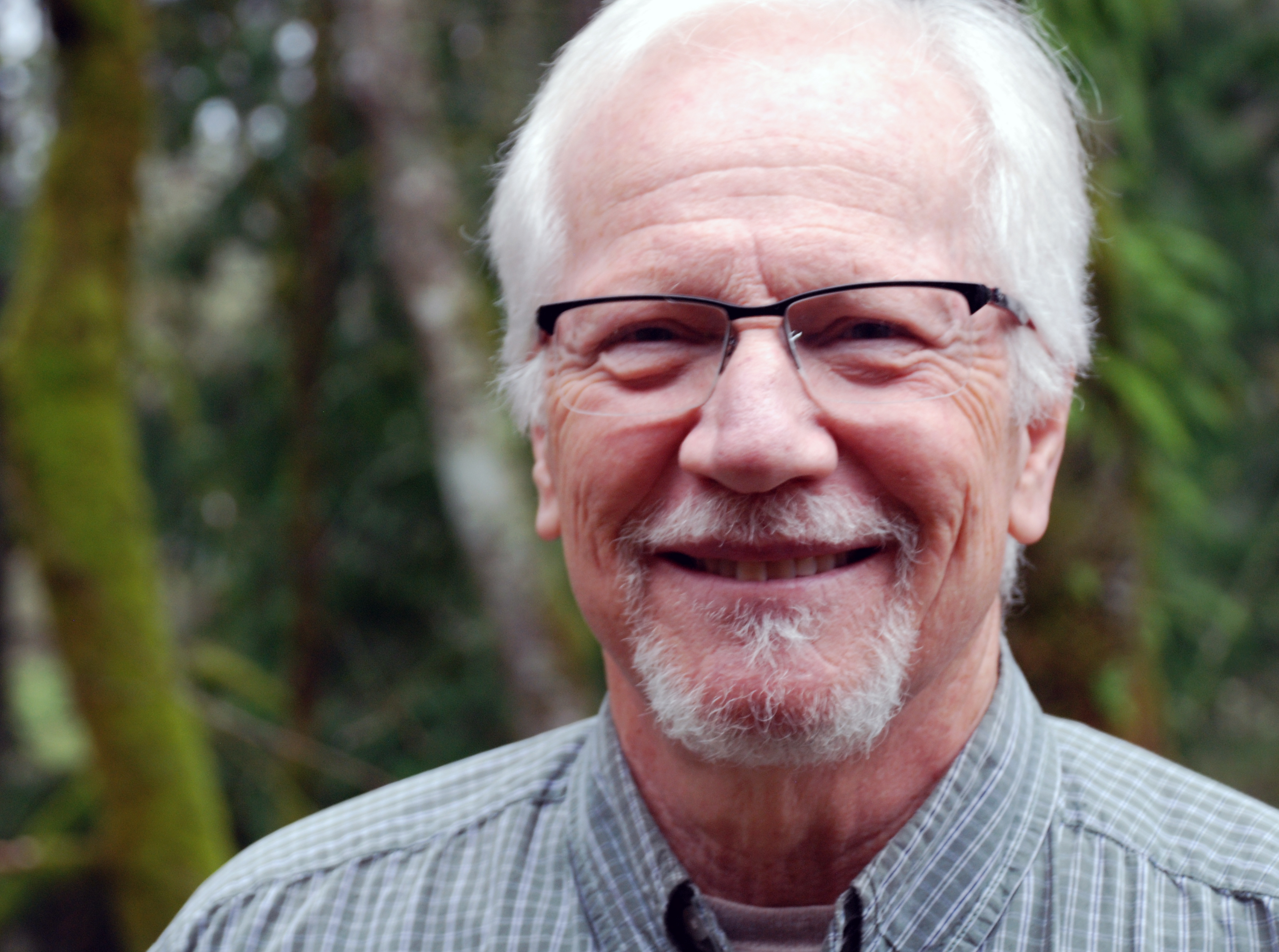 Evan was born in Detroit, MI in 1942. He is perhaps most widely known in our South Sound community as the Founding Director of the Dispute Resolution Center of Thurston County. After twenty-six years of stewarding a community of local peacemakers, Evan retired in 2017. The following story comes from an interview conducted by long-time DRC staff, Sydne Cogburn, which was edited by Third Thirty project facilitator (and former DRC staff), Elaine Vradenburgh.

I think life is pretty much a crapshoot. I think that it takes some cunning and some intuition to do the best with the cards that you've been given. But I think that's the minority part of it. Mostly, it's the times that you were born into, your DNA and nervous system, and the culture you were brought up in. It’s so profound and all encompassing! We're pickled in all of that.  I’m so grateful for all the mercies that random fate has given me.

I have felt very grateful that I have had a grounding in traditional Jewish practices. It's the rituals and the sense of historical continuity and belonging to a people with an incredibly rich, very dramatic and checkered and tragic past. And being born in the middle of the destruction of the Jewish communities of Europe, I was always fiercely aware of that.

I grew up in this middle class, urban Jewish family with first generation immigrant parents. And that influenced me profoundly. Because the Holocaust was happening, and the culture and the people that I come from were being murdered by the millions. My grandmother had many brothers and sisters who were left back in Russia who she never saw again. We never talked about it, but [we] presumed all [were] murdered.

So that's the world I was born into. It was a world that had just come out of the Depression, and then went into the Second World War, where there was added anti-Semitism.

1n 1966 I went into grad school in the Piano Performance Master's Program [at] the University of Michigan. [It] was one of the leading institutions in activism against the Vietnam War. It was a time of incredible ferment, and I was caught up in it. Because of the Draft Board, there was a real possibility of getting ensnared in becoming an active combatant. So I knew that I needed to declare myself as a Conscientious Objector. It was a huge undertaking! it was what we call in Hebrew, heshbone ha’nefesh, tak[ing] an accounting of one’s soul.

I had to write essays to my Draft Board. I had to get three witnesses that knew me. I went to the rabbi from [our] congregation. He was a young person, in his late 30’s. [He and his wife] were both German Jews who had escaped Germany on the Kindertransport, which were boats that took kids to escape the Holocaust. And he lost his parents, his family, everything. So did she. I asked him to provide a character reference letter and he would look askance at me as if to say, “What, you're not a patriot? You're not bearing arms and doing what your country asks?” He didn't say that, but his general conservatism and sense of patriotism to a country that had embraced him all came into play. Then, I went to my family doctor. He was a longtime family friend. He was circumspect: “Oh brother. You got some kid on your hands!” I could just hear him say this to my dad.  He didn't say it, but you could feel the vibes.

Everyone in my father's family started looking askance: “Wow, what's this kid doing? He's going belly up! Oh my god! He's going into music school and then he's becoming a CO!” Well, it got worse than that because after I got my Master's degree, I went and taught in a Catholic women’s college. I didn’t get a CO, but I got what's called an Educational Deferment. What it said was, “You need to stay in your job because it's important to the war effort.” In effect, the draft board was saying “It's more important to have middle class Catholic girls from Northern Minnesota learn music theory and how to play Mozart than for you to carry on the war.’ These are the kinds of inconsistencies that public policy is made of.

I was really involved as an activist and started the Draft Counseling Center in Duluth, Minnesota. Then, I fell in love with a hippie with 1-year-old twins and went off and lived in a commune in Washington State. My parents were heartbroken! I really did abandon them and their expectations and their values in lots of ways, and so it was rough! Yet, we learned to know that we loved and accepted each other, even though I was making all these life decisions was breaking their hearts.

It all started with the war, becoming a CO, and all that led to the rest of my life.

Through all my evolutions of anti-war activist, pacifist, hippie, and on and on, I have always tried to adapt my understanding of Jewish practice and tradition, to pass it on as imperfect as that is [to my children], and to have it mean something in terms of the wider world that I find myself a part of right now. I have tried to pass on the tradition – singing for the high holy days, being part of the ritual committee, and doing activism that speak directly to my sense of social justice as a part of a traditionally persecuted minority who is now, in this country, in a position of influence and privilege. I’m proud that my congregation is only one of two in this state that’s a sanctuary for immigrants and refugees. I'm very grateful that there is a community of Jews, locally, who self-identify as actively Jewish who are able and willing to do that with me.

What really [has] helped me in this third of my life is realizing that every time I get up, this is the first time in my life that I'm 75 and 11 months and so many days. I have so much to learn, and I still have so much I haven’t experienced, and time is running out. Every day is a new day. There are surprises and there is still stuff to learn and to become revealed.

This time of life is like the fall of one's life just looking at the colors changing and smelling the air, being pensive and thinking about the whole thing - it went so fast! It's not over yet! What’d it all mean? It doesn't matter. It is what it is.