​"My dad was serving in the Navy during WWII and was gone for the first two years after I was born. We didn't really get along real well when I was young, but as time went on, probably close to my 16th birthday, is when we became closer...I remember he wrote me a letter when I was in college, and that got to me, because I hadn’t had that kind of relationship with him. He was just chatting about how I was doing. He hoped I was doing well. I kept that letter for a few years, but I threw it away. Wish I still had it thirty years later. It was really meaningful." 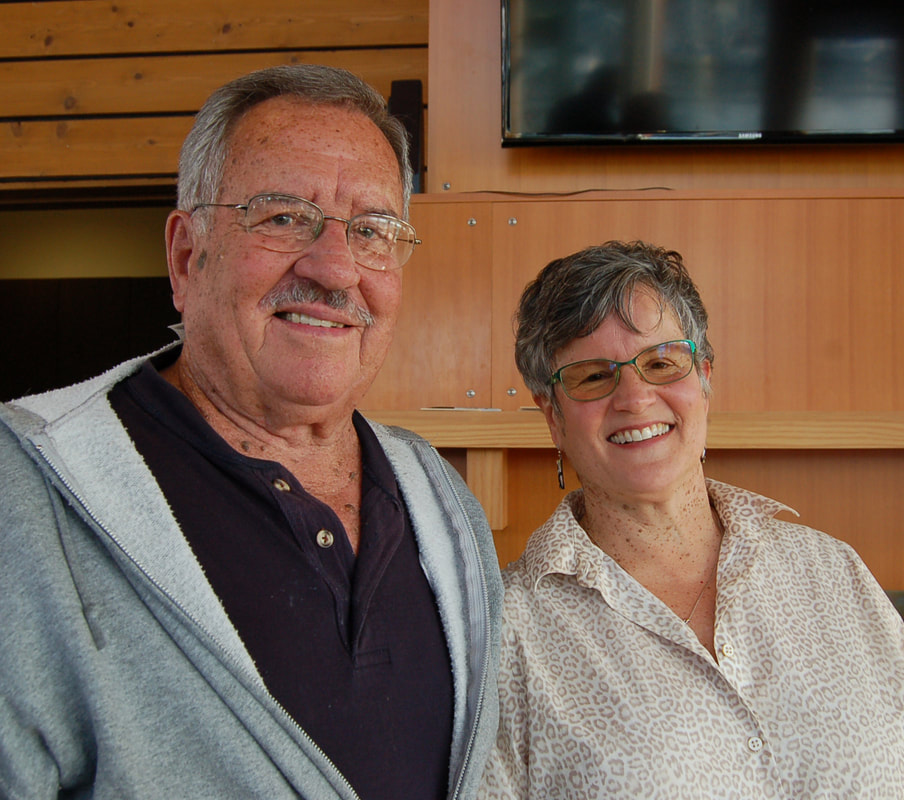 This story is about my brother, Ed, age 75, who was born in a different time than I. His life was affected by two wars, and friends and family were what has made his life meaningful.
​
-Joan Swanson, Oral Historian

It's hard to remember the first few years of my life, but I know I was not close to my father. I grew up with just my mother for the first two or three years. My dad was serving in the Navy during WWII and was gone for the first two years after I was born. We didn't really get along real well when I was young, but as time went on, probably close to my 16th birthday, is when we became closer. I guess I had matured, and maybe he mellowed a little bit. I worked for him in our family’s business, and that helped. I remember he wrote me a letter when I was in college, and that got to me, because I hadn’t had that kind of relationship with him. He was just chatting about how I was doing. He hoped I was doing well. I kept that letter for a few years, but I threw it away. Wish I still had it thirty years later. It was really meaningful.

Happy Hours at my parent’s were a highlight. They started when my dad got sick. I went over so much to entertain him and cheer him up. He made me laugh. I’d talk dirty to him, and it was a lot of fun. And he talked dirty back and laughed and covered his face. We had a great time. We got together 2-3 times a week - my brother, sister, cousin, my girlfriend and my daughters - and then it got knocked down to maybe once a week. But, we had great times.

One highlight of my life was having two daughters. I see them two to three times a month. They’ve got their own families now and they're busy with their kids, so we don't get together like we used to, but we still meet three times a month. Sometimes it's Friday to have a beer in the afternoon or evening. Then we have a Happy Hour maybe once a month on a Saturday night for drinks and hors d’oeuvres. But it hasn’t happened for a while. Their kids are all in sports, playing football and basketball, soccer and and volleyball, so I don't get to see them. I’m not real close to my grandkids. I just haven’t really established a good relationship with them. A couple of them are interested, one of them is not, so it’s partly my fault, but not completely.

I’d only been married two years, and the draft was coming up. I didn’t want to go to Vietnam. I tried everything I could. I joined the National Guard, but then it was time to go to basic training. I didn’t want to do that, so I found out I had a bad back, and got out of the National Guard. They were taking married people, but they weren’t taking people with children, so Colleen and I decided, time to have a baby. She got pregnant the month I was scheduled to go to my pre-induction physical. That was a big deal.

When the girls were 5 and 7, I fell in love with someone and left my wife and two daughters. I never abandoned them. I saw them on weekends and during the week. Well, they turned out great. I’m very proud of them, but I can’t take a lot of the credit, because their mom, Colleen, was there and I wasn’t. She raised them.

I met my partner, Ronni, two weeks after I retired. We lived apart, then together, and now apart again. We have good times, see each other 3-4 times a week, she usually brings me dinner, and she’s a great traveling companion.

Another influential person in my life has got to be Mel Parse. Mel got me doing stuff I never would have done, mostly with cars, but he talked me into stuff and worked with me. I never would have bought that hot rod if not for him, and I never would have finished it if he hadn’t got me going and kicked me in the butt and participated and helped me. He’d say, bring this over here and we’ll get it welded, take that over there and paint it, and let’s fix this. He was just a go-getter. And a leader. His philosophy of life has always been so we just click.

Dave Schreck taught me irreverence. I just got the biggest kick out of him and he was really a fun guy. I feel bad now that he’s out of my life, because I tried to contact him and he doesn’t reciprocate. He’ll answer the phone and talk, and then I never hear from him. We’ve gotten together and had great times, but he moved to Dayton, so I don’t see him.

Friends had a huge role in my life. I still run around with guys from junior high or even grade school. I’ve made a few friends since high school, but not very many, and we don’t get together much.

What’s satisfying right now is feeling good, feeling healthy. I’ve had some health issues which have had an influence on me the last six months or so. It doesn’t seem to get any better. I don’t feel bad, but I don’t seem to have much energy to do stuff. I can still play tennis three times a week, and that gets me off my butt, but I don’t want to do the hard work anymore. And, I’ve got all this stuff to do, and I look at the list and don’t feel like doing it. Well, maybe I’ll do one thing. You know, easy stuff. It’ll begin with all the lawn. I’ll use the riding mower some of the time, but the push mower only if I really have to. I’ve got a big yard, and I love doing yard work like pruning the trees every year, and I could go up on the roof and do the gutters. I can still do all that, but there’s days where I don’t feel like doing it. Tennis is 90% of my physical activity. I miss hiking. I used to love to go maybe three times a month, and I got away from it, but I miss it. I miss the smell of the forest, the solitude and you know, the silence, the beauty. I’ve been on about 50 hikes. For some reason, I just quit. No reason why I can’t do it now, but I don’t. I’ve become a homebody.

I've lead a good life. I’d like to be remembered as a good son and a good father with lots of good friends. You know, lifelong friends.