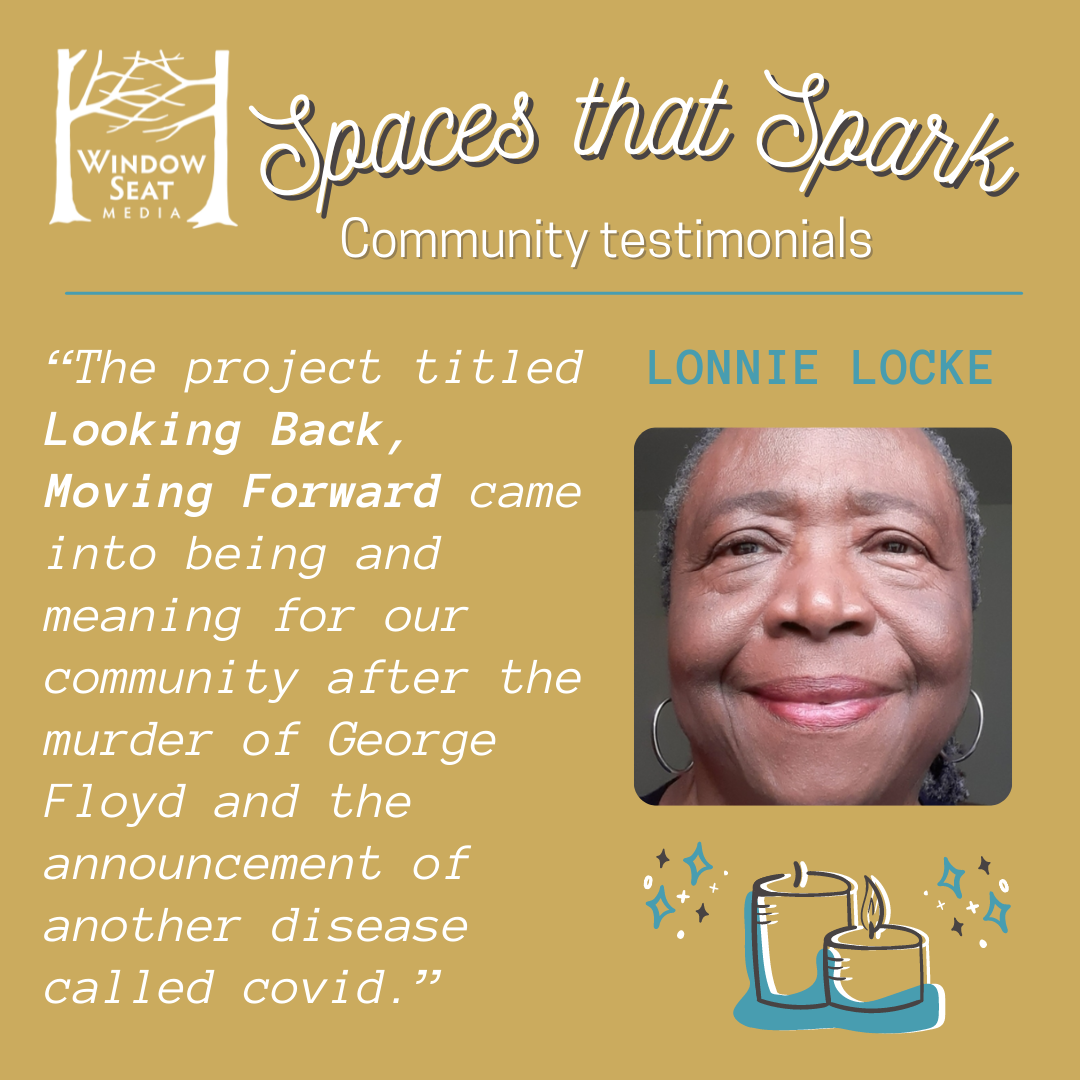 “In May 2018, I happened to be in the audience at an event sponsored by Window Seat Media titled “The Third Thirty.” The Third Thirty is a community oral history project that invites elders to share their stories and memories about a moment in time or to explore a question or theme in relation to their own experience. On this occasion, I met John Worcester and heard him tell his story of having participated in the 1965 Civil Rights march in Selma, Alabama. It was a story from a place that I had left in 1964 hoping to leave behind overt racism.

A month earlier in April 2018, I had been gifted memoirs of three others whose lives had crossed during the same time, same event in Selma. The three were a teacher from Tillamook, Oregon, a 13-year-old Selma native, and an unnamed writer from California. They wrote of their experiences in Selma during the voting rights march from Selma to Montgomery. At the Window Seat event, community members were invited to hear the memoirs read aloud by three local residents and reflect on the theme of moving from fear, to courage, to action. These stories coupled with John’s story inspired me to begin a project encouraging a community collaborative dialogue on racism. The project titled Looking Back, Moving Forward came into being and meaning for our community after the murder of George Floyd and the announcement of another disease called covid. This project is dedicated to bringing local residents together to dialogue about racism, its systemic impact on our community, and work in partnership for solutions.”

In January 2020, the project was awarded a grant by Community Foundation, South Puget Sound and sponsorship by Community Café Collaboratives. A strategy team of community partners have guided this project through a year that has caused the world to deal with a pandemic and an intensified focus on racism. For more information on the Looking Back, Moving Forward project, visit: dialogtotransformation.net.

More about the written testimonials featured in the project

After the Civil Rights march, these memoirs sat aging in Oregon for 55 years in a manila envelope. Then in 2019, two separate events resurrected them. The first event was a meeting on racial unity hosted by a member of the Olympia Baha’i Community. Attending the meeting was the widow of Dave Evans, a white Oregon school teacher. Dave was one of the persons who, in 1965, had connected with an unidentified White man from an Oakland, California parish and a 13 year old Black girl from Selma, Alabama. These are the three lives that crossed in Selma. Dave became the keeper of the memoirs. When he died, Peggy Evans, his wife, found the memoirs in his possessions. At the meeting, Peggy learned that Lonnie Locke had grown up in Alabama. After the meeting, she handed Lonnie a tattered brown envelope containing these stories, oblivious of the profound memories that they would reawaken fifty six years after a fragile young lady had left a chaotic and troubled Alabama.

Much to Lonnie’s surprise, John had also been in Selma at the same time as Dave Evans but they never met. John and Lonnie exchanged contact information with the intent of talking more about his story and those of the Selma three. After the Third Thirty event, Amber Huffstickler and Lonnie met, and selected a name, purpose, and use for the memoirs. The project became Looking Back, Moving Forward.