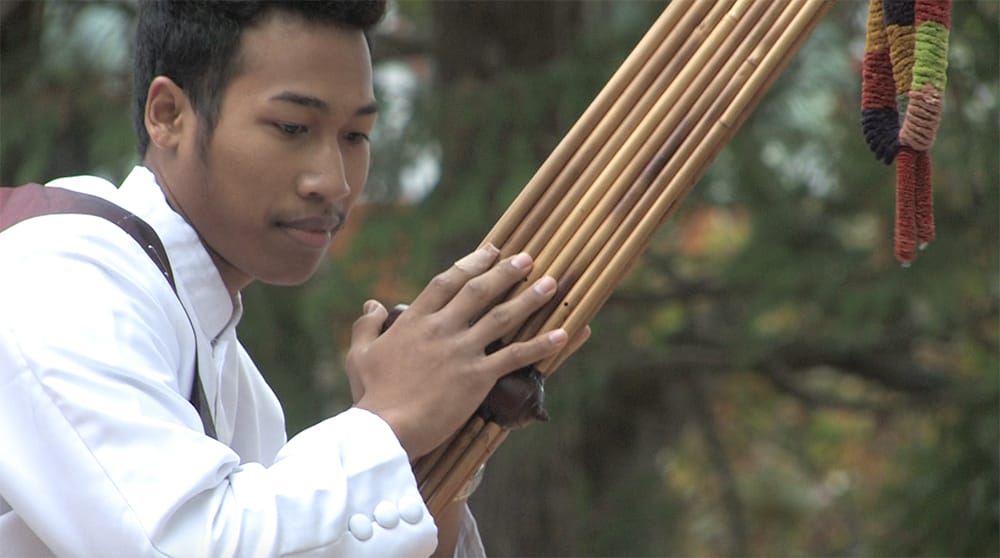 "I like people to step out of their box sometimes, and open up. There are so many different cultures and ethnicities out there to be learned. The more your learn the more power you have."

Forty years ago, Cambodia faced a humanitarian crisis similar in scale what we're witnessing in Aleppo. Between 1975-1979 at least 20% of the Cambodian population - 1.7 million - died from starvation, work-exhuastion, or execution when the Communist Party of Kampuchea rose to power. Musicians were targeted, in particular, because their role as culture bearers  threatened the rise of communist ideology in Cambodia under Pol Pot's rule. As many as 90% of musicians were killed. Close to 150,000 Cambodians came to the US as refugees, many of whom settled in the Seattle/Tacoma area.

Last month I interviewed Srey Ryser, the founder of the Cambodian Cultural Celebration, for a video I produced for Washington State Park's Folk and Traditional Arts in the Parks Program. The Cambodian Cultural Celebration is an all-day event produced in partnership with Washington State Parks featuring music, dance, food and martial arts from Cambodia. It is a multi-generational celebration, revival, and acknowledgement of the expressive arts that were brutally suppressed under Pot's regime.

"The community looks forward to this event each year," says Srey, "as an opportunity to showcase our culture and our traditions. It brings the community together."

I interviewed Srey the day after Trump was elected president. She spoke with poignance about the significance of this annual celebration to the Cambodian Community in Western Washington, an event that is supported by a state institution. With her permission, I am sharing a bit of her story from our interview and video stills from footage I shot at the event.

I came to America when I was a teenager. We try to blend in to the American culture so much that we forget where we came from, and at some point it's not important because that's not the norm. It's not what's expected. Now that we're older we can look back and say, "I didn't value my heritage. I didn't value my parents. Here's all the things that we went through as a community, as a culture for so long, and so many people don't understand that."

[The Cambodian Cultural Celebration] ties all of us together as Cambodian Americans. Having that tie back to the community is special to me, and I need to teach my kids all the different traditions that I celebrate as a Cambodian whether they choose it in the future or not. That's their chose. But at least they can understand: this is my mom's value; this is what my mom celebrates; this is my mom's culture. I just don't want them to forget where their mom comes from.

Instruments that are brought from Cambodia are a highlight. People rarely get to see those because they're so old. The people who were trained to play those were killed in the war, so there's very few left to learn. So when we can get someone to come to perform using all those old instruments it's a huge highlight for the community. A highlight for me! I get emotional when I see them because it's so rare anymore.

In Cambodia, to be able to be a great dancer you have to start really young. Hard work. We have some of our young dancers that start as early as two or three. Really young. Most of our dancers are girls. The type of dance they perform are meant to be performed in the Royal Palace.  In the past, in Cambodia, I would never ever seen those dances. It's meant for royalty. We're not.

My sister danced in the Royal Palace when she was little. We've heard about it. I've never seen it. There are certain things that hold special places for certain level of your title. If you're royalty this is what you get. If you're a commoner, this is what you get. But now that we're here in America those dances can come out. They can learn those and show those--the thing that's happening behind closed doors. We don't have that barrier any more. People who are dancers for the Royal Palace are now dancers for us. They can perform. And to see that and to say, "Wow, this is what the King saw. I can see the same thing now." So it's quite an honor to be present, to be in a place where you can take it all in and realize we're all equal.

I hope that each time [park-goers] come to this event they learn something new. And I hope they ask questions. I hope they're curious enough to learn more and come back the next year. We just want people to learn more about us as a culture. ​